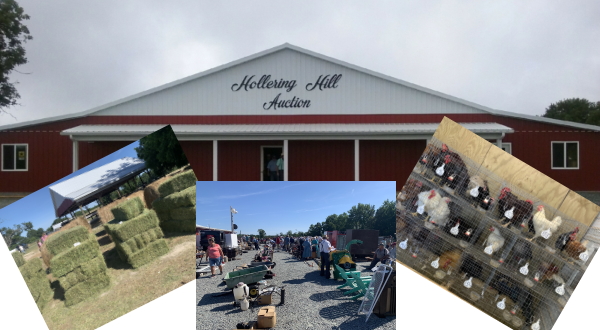 NATHALIE, VA- US livestock auctions date back to the 1600s with the sale of crops, animals, tools, tobacco, and land. Even in today’s hi-tech world, auctions are still the fastest (and the most efficient) way to sell these items — a quick mechanism to convert assets into cash.

When Robert Coblentz grew up in rural Delaware, there was always a livestock auction to go to for his farm needs. However, when he moved to Halifax County a decade ago, he was surprised to find an area far more rural than his Delaware home, but with no auction house. Seeing a need and the growing number of Amish and farmers moving to the area, Robert decided to fill the void and open an auction house. The problem was, he needed a partner to help offset the startup costs.

Robert still had connections with livestock auction houses back in Delaware, and in 2016 he drove up to meet with one of the owners, Eugene Dill. By the end of that night, they had a plan. Robert was to find a 10- to 15-acre piece of property in Halifax County that Eugene could develop into an auction house that would mirror Eugene’s business in Delaware. With nothing more than a handshake, Robert was on his way. A year later, Hollering Hill Auction, LLC opened at 4108 Hunting Creek Road in Nathalie, Va.

Auctions are held in Nathalie every Thursday at 4:30 p.m., rain or shine. They are completely open to the public. There is no end time as they go until all items are sold. It is a traditional live (fast-talking) auction with two to four auctioneers working the sales. Local farmers throughout Virginia and North Carolina bring in animals and goods, and the farmers give a small commission to the auction house to sell their items. Hollering Hill has grown so big that it pulls clients as far north as Richmond and Charlottesville, and as far south as Chapel Hill. 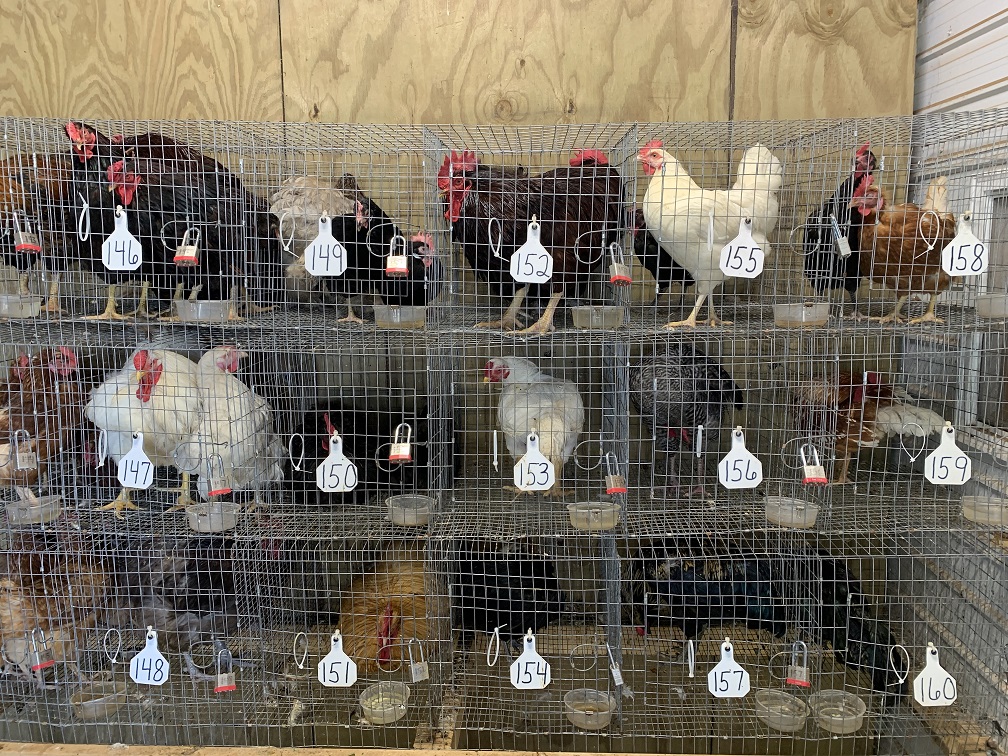 Some of the goods auctioned are hay, poultry and livestock, as well as tractors and other miscellaneous farm equipment. Baked goods are also sold.

Don’t be intimidated by these numbers. When asked about the suburban couple who wants to purchase just one or two chickens, Robert assured me that Hollering Hill was for the backyard gardener as well as the commercial farmer.

Driving out to the property from South Boston was like stepping from one world into another. Once you turn off State Route 360 it’s primarily scenic farmlands with no businesses in sight. When I arrived at the 10-acre property, every parking lot surrounding the facility was packed full of American-made trucks.

‘Being Transported Back in Time’

Walking around Hollering Hill was like being transported back in time. An Amish man held livestock and hay auctions on one side of the massive barn. We arrived right in the middle of the poultry auctions. Everything from ducks to silkie chickens were on display.

On the other side of the barn, another gentleman held an auction for farm equipment as well as odds and ends. It was reminiscent of a massive outdoor flea market. Items as small as antique toys up to expensive rototillers were auctioned off in this area. Full disclosure: had I stayed longer, I would have bid on a gorgeous set of bull horns to mount on the hood of my truck.

In front of the barn, old-timers sat in chairs chewing the fat while both young and old moved in and out of the massive facility, which had a full kitchen serving burgers, ice cream, and desserts. It was like a small country fair, but without the rides. 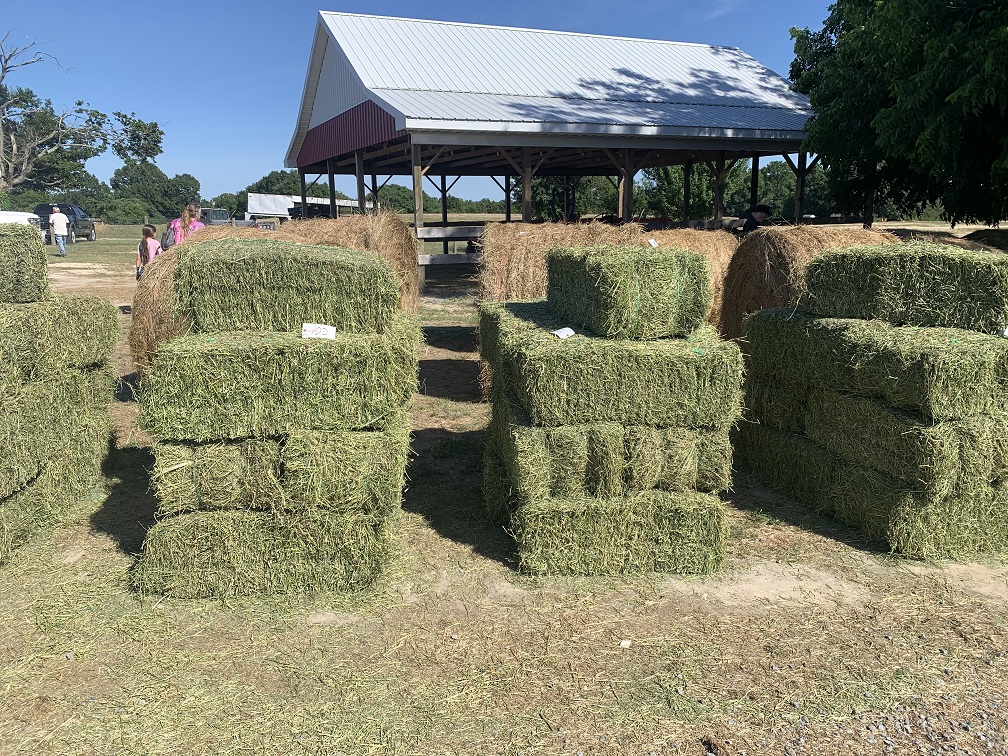 A Growing Business in Nathalie

Over the past four years, business has been steadily growing. Robert has 15 employees, including his entire family of six. In fact, in late spring, Hollering Hill had its best night ever.

Between the unsure economy, quantitative easing, government-mandated lockdowns, and mass exodus from the cities, it seems the folk of rural Virginia know a secret that the rest of the country is just learning. Get out of the cities, buy some land, grow some of your own food, and become less dependent on others to survive. This self-sustainable rural lifestyle is becoming more popular with each passing month. Just ask any realtor in Halifax County who is fortunate enough to get their hands on raw land for a listing.

In late 2020, Eugene Dill passed away from Covid-19 and Robert was left with an unsure future for Hollering Hill. Fortunately, Eugene’s widow, Mary, stepped in to continue the partnership. According to Coblentz, she has been a “cornerstone” of Hollering Hill and continued on with the partnership that started with just a handshake years ago in Delaware.

I’d say Hollering Hill is a “hidden gem,” but there were at least 350 or 400 people in attendance that night, so it is clearly not hidden. However, it is certainly a ‘gem’ worthy of your time.

John Theo Jr. is relatively new to South Boston but not new to writing. He has authored several books and penned many articles. Hyco Lake Magazine is thankful to share his perspective on our community. Please welcome John and get to know him better by going to JohnTheo.com, visit him at Cozy Cave Self Storage & More.