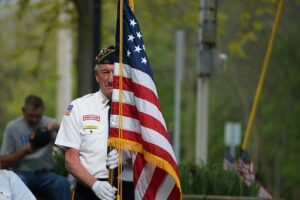 Many people think of Memorial Day as the gateway holiday into summer. While it often coincides with the first visit to the beach, or a kickoff barbecue, it is quite a somber holiday. Unlike Veteran’s Day, which honors those who have served in the military, Memorial Day is strictly in remembrance of those who gave the ultimate sacrifice while serving their country. 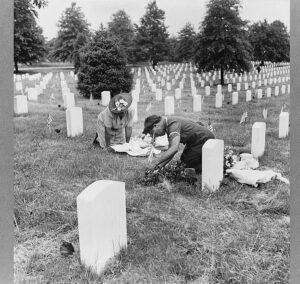 Memorial Day was born from the ashes of the Civil War. By 1865, our infant country had almost died before reaching centennial status. Over six hundred thousand soldier’s lives were lost in this war. The entire nation of about thirty-one million felt the massive impact and was in deep mourning. 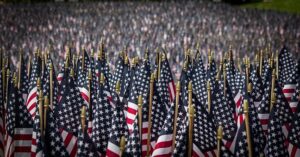 What began as loved ones placing flowers and flags at grave-sites evolved into organized gatherings. There are many towns throughout the nation laying claim to the first observance of a formal gathering, which led to Memorial Day. However, one of the earliest post-war commemorations was in April of 1865 in Charleston, SC. Recently freed slaves exhumed over 250 dead union soldiers from a mass grave in a Confederate prison camp. They reburied the dead in proper individual graves as gratitude for fighting for their freedom. On May 1, 1865 thousands of former slaves, residents, missionaries, schoolchildren, troops, and preachers held services in their honor in Charleston. 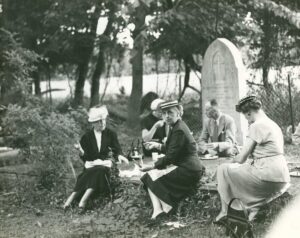 John A. Logan, a war general in charge of the Veterans Association noted all the observances popping up around the nation. He lobbied Congress to group all these services into one national holiday. He was successful, and in 1868, May 30th became Decoration Day. Historians believe the date was selected so it would not conflict with Civil War battle dates, and to ensure that flowers across the country would be in bloom. 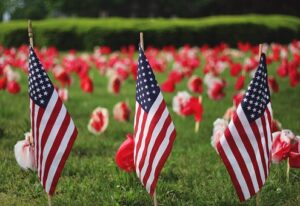 However, with wounds still raw from the Civil War, many confederate states did not recognize what they considered a “Northern holiday” and continued to hold decoration services on other dates. It wasn’t until after World War I, when over a hundred thousand US soldiers from both North and South gave the ultimate sacrifice, that the entire country would coalesce around the holiday now known as Memorial Day. This allowed the country the opportunity to celebrate all soldiers in all United States wars, retroactively going back as far as the Revolutionary War. 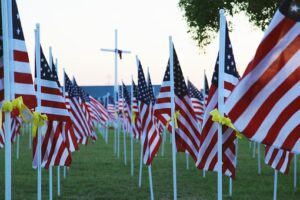 Memorial Day continued to be celebrated on May 30th each year. However, in 1971 it was moved to the last Monday in May to create a long weekend. Critics claim this move has allowed the tradition of summer and vacations to overshadow Memorial Day’s true meaning. Today, over 40 million Americans travel on Memorial Day weekend. This makes it hard to remember what the holiday is for when we are driving to barbecues and the beach. 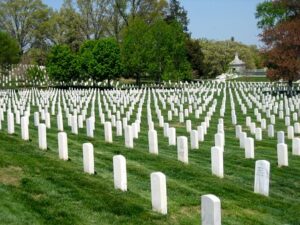 In school, we are taught a highlight reel of sorts when it comes to U.S. wars. The American Revolution, Civil War, War of 1812, World War I, World War II, Korea, Vietnam, Desert Storm, Afghanistan, Iraq, and possibly one or two others. However, the amount of conflicts the U.S. has participated in throughout its short history is close to eighty. To date, we have lost over a million soldiers to various conflicts and wars both here and abroad, with millions more wounded. This is a massive amount of precious capital lost for a country that is still relatively young on the world stage.

When I was a boy, Memorial Day was strictly to honor the past. Today, it’s a holiday that honors both the past and present. Since 9/11 we have been in a perpetual state of war. There are young adults alive who have never lived during a time of peace. For almost two decades we have continued to lose sons and daughters in the service of their country. Now, more than ever Memorial Day needs to be recognized. 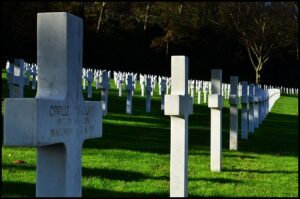 In the end, nothing has changed since Cain killed Abel except man’s proficiency to dispense death. Looking at international news headlines, one could easily become pessimistic about the state of the world. However, there is a book that talks about a happy ending to all these wars. It tells of a day when there will be no more tears, no more death, neither sorrow, nor crying, neither shall there be any more pain: for the former things will pass away.

Some Little-known Facts About Memorial Day 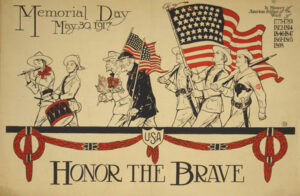 John Theo Jr. is new to South Boston but not new to writing. He has authored several books and penned many articles. Hyco Lake Magazine is thankful to share his perspective on our community. Please welcome John and get to know him better by going to JohnTheo.com, visit him at Cozy Cave Self Storage & More at 306 Webster Street, South Boston, VA 24592 or give him a call at (434) 579-2856!