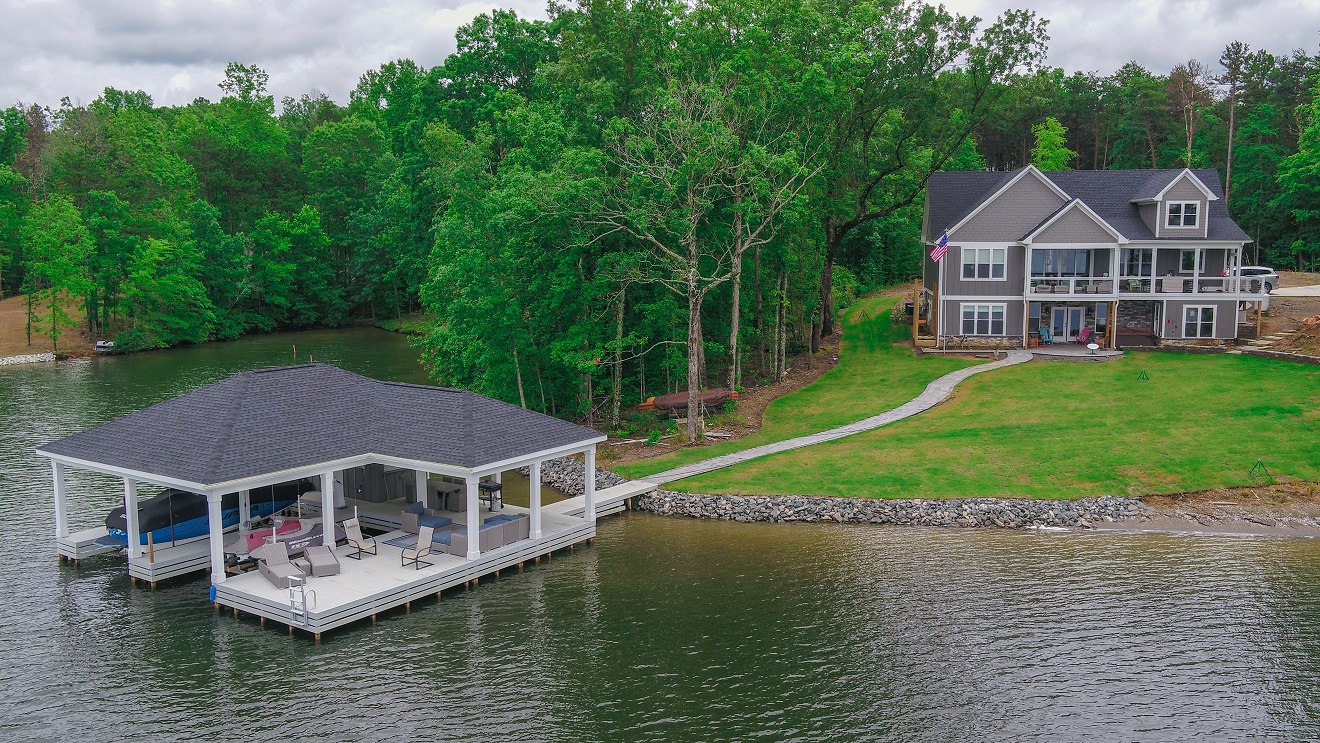 Hyco Lake is a community in northern North Carolina.

HYCO LAKE – Starting with its first issue, Hyco Lake Magazine focused on stories for folks around the lake and in Roxboro, NC. Over the last several years, the name hasn’t changed but the mission has. It’s become about the Hyco Lake region. The owners of this publication realized that folks from Roxboro shop in Danville, people in South Boston do business in North Carolina, and residents of Yanceyville and all over Caswell County venture into Virginia and Person County on a regular basis.

Basically, the people of Person County, Halifax County, Caswell County and Danville are interconnected. More importantly, they are interdependent. And it just so happens that Hyco Lake is right smack dab in the middle of this region.

“Change is inevitable, and it is coming in a big way to Person and Caswell counties with the advent of Hyco Lake. Awareness of the types of change to expect and how to plan for them is an extremely important factor.

Without careful planning, random and unregulated development under the pressure of money, people, leisure time, and mobility can permanently mar the landscape. WITH planning, these same pressures can be turned into forces for good in the area.”

Those words appeared over 60 years ago in a pamphlet prepared for the Person-Caswell Lake Authority by the Division of Community Planning, North Carolina Department of Conservation and Development. It was created by Suzanne Chichester, Planner-in-Charge in the early stages of making Hyco Lake a reality. 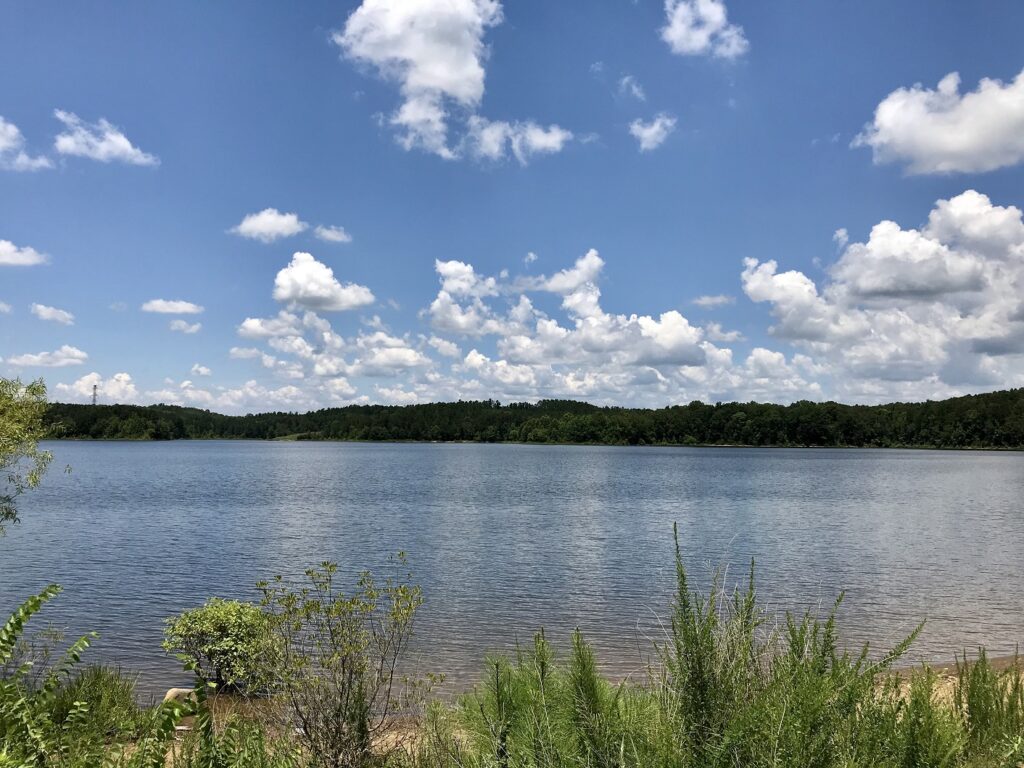 Someone, somewhere must have heeded her words, for in 2020 Hyco Lake lies at the center of what is one of the most diverse and attractive areas anywhere. Our Hyco Lake is fast becoming part of a regional destination, not a triangle, not a triad, but a quadrilateral straddling two states. This shape is created by connecting the dots between Roxboro, Yanceyville, Danville, and South Boston and encompassing all that this area has to offer.

The 3,750-acre lake and the 65-acre park run by the Person-Caswell Lake Authority are surrounded by homes of all sizes and shapes. What was once a vacation getaway has now become a permanent residence for many. This area abounds with cultural, historical, entertainment, and culinary treasures more well-known to people outside the Quad than to local residents. Oddly enough, folks living around Hyco Lake have too long been seduced by the offerings of the Triangle, the Triad, and Richmond.

Each of the towns in the Quad offers at least one museum, and some offer more than one. These museums house artifacts and resource centers that reflect the rich and diverse cultural heritage of the area. From the Thomas Day Museum to the Dukes of Hazards Museum to a museum housing a coffin with a glass window in the top, all areas are well represented. There are art galleries, artist studios, and theaters found in these towns as well.

The Historic North Theater in Danville, Va. is a complete Equity House where any Broadway company could perform. This theater also houses a bed and breakfast with several themed rooms, including a Marilyn Monroe room and an Elvis room. It also offers the Moon River Thai Cuisine restaurant. The Historic North Theater has hosted the Moscow Ballet, world class magicians, and many other noteworthy shows. In addition to the main auditorium, there are smaller venues for comedy club performances and movie screenings.

The Prizery, located in South Boston, Va., is a converted tobacco pricing structure housing an art gallery and performance area, as well as a large banquet room. In addition to a regular season of performances including the Richmond Symphony and the Richmond Ballet, the Prizery has hosted a summer theater program for the last 10 summers. Here, college students from all around the country complete a residency and stage two or three productions. Past summer performers include current cast members of Hamilton on Broadway and members of national touring companies of other Broadway productions. See them here before they hit the Durham Performing Arts Center (DPAC).

The Kirby in Roxboro, NC has grown from a movie theater to a performance center downstairs and upstairs as well as art galleries on each level. It has a regular performance series with offerings from Broadway to Bluegrass and everything in between. A free movie night is held the first Friday of each month as well. Art Exhibits in the main gallery and the upstairs gallery change monthly.

The architecture of area homes, churches, commercial buildings and bridges rivals that of the senior Southern cities of Charleston, Savannah and Atlanta. There are historic courthouses as well as many homes listed on the National Register of Historic Places. 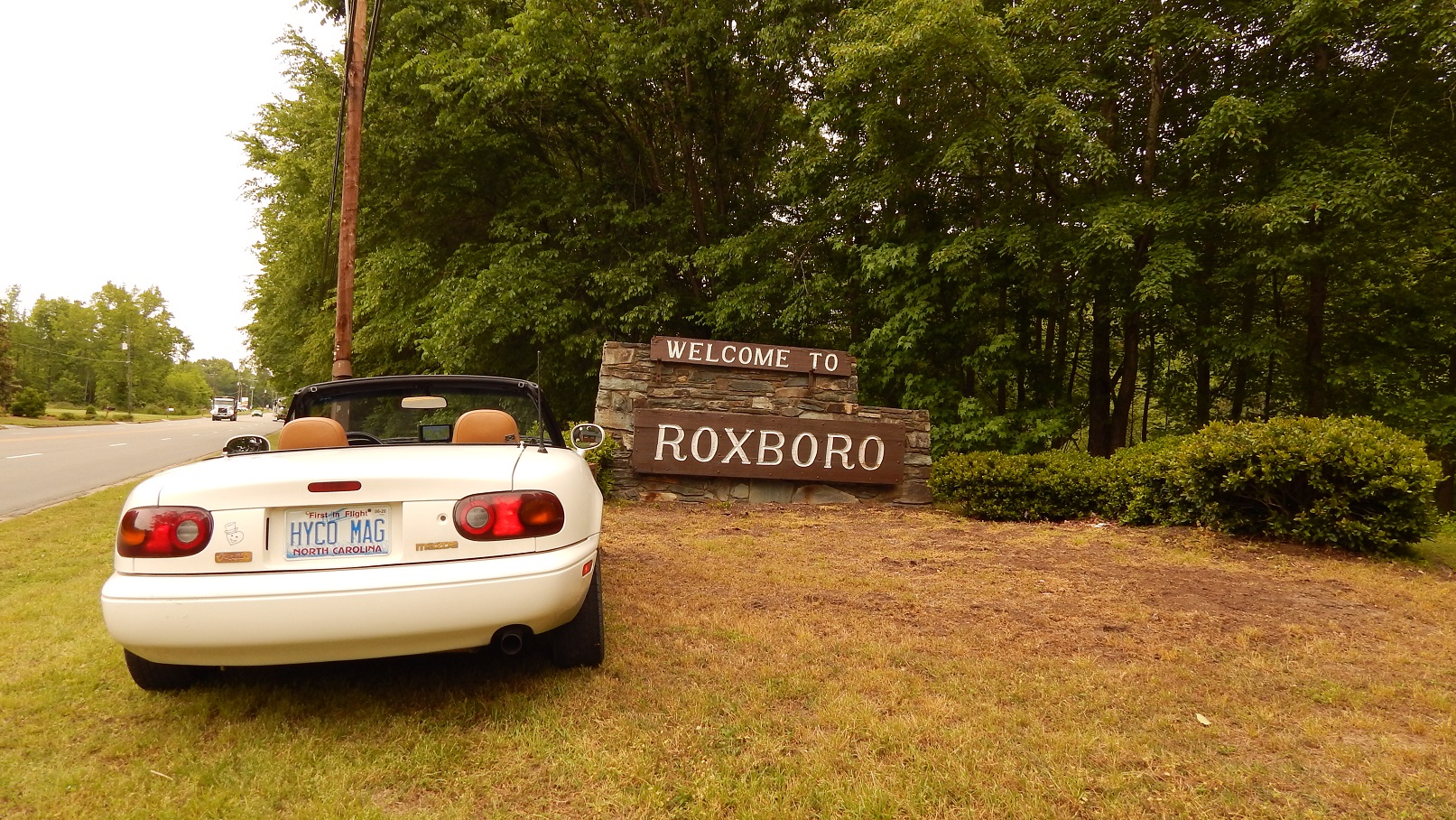 Shopping for Old and New

Ladies, and their husbands if they are smart, learned about the 2 R’s in the area: Russell’s and Rippe’s. These are more than simply clothing stores. They are icons, attracting repeat customers from well outside the region. Both family run establishments have been in business a long time.

Stylish male clothes hounds are also in luck, as the Koplen name has been synonymous with men’s fashion since the late 1880s. Max Koplen began servicing the clothing needs of the men in Danville, and his family has kept that tradition going for four generations. I can attest to the regional appeal of this particular place, for as a dashing young man of 18 setting off for college in the frigid area of Boone in 1967, I bought a “bench warmer” there. That navy blue, hooded, thigh-length coat with kangaroo pockets served me well into the 1980s and still hangs in a closet somewhere.

There are also many antique, second-hand, and thrift stores throughout the area. Hyco Lake attracted people, and the contrasting commonalities and diversity of places like Winstead’s, Back in Time, Carol’s Collectibles, Toot’s Creek, Lou’s Antiques Mall, and Peddler’s help to bind this region together.

Shopping makes one hungry and there is something for every appetite and taste. Quaint coffee shops, steak houses, New American, Italian, Chinese, Thai, Mexican — just about any cuisine one could want is available — including at least one world class pizza house located in a historic old store. In fact, sometimes the locations and the ambience rival the food in awe factor. In addition to food, you need beverages and that is covered as well. Vineyards, wineries, distilleries, and breweries are scattered north and south and east and west throughout the region. Check out stories of these in previous editions of this magazine online.

VIRginia International Raceway is in the heart of the region and attracts participants and spectators from all over the world. Even the likes of Paul Newman and Michael Jordan have reportedly been seen there. Car and Driver magazine lists it as one of the top six road race courses in the nation. If NASCAR is more your style, there are two area tracks that offer Saturday night and sometimes Sunday afternoon racing in the immediate area with a historic NASCAR stop just a short drive to the west. 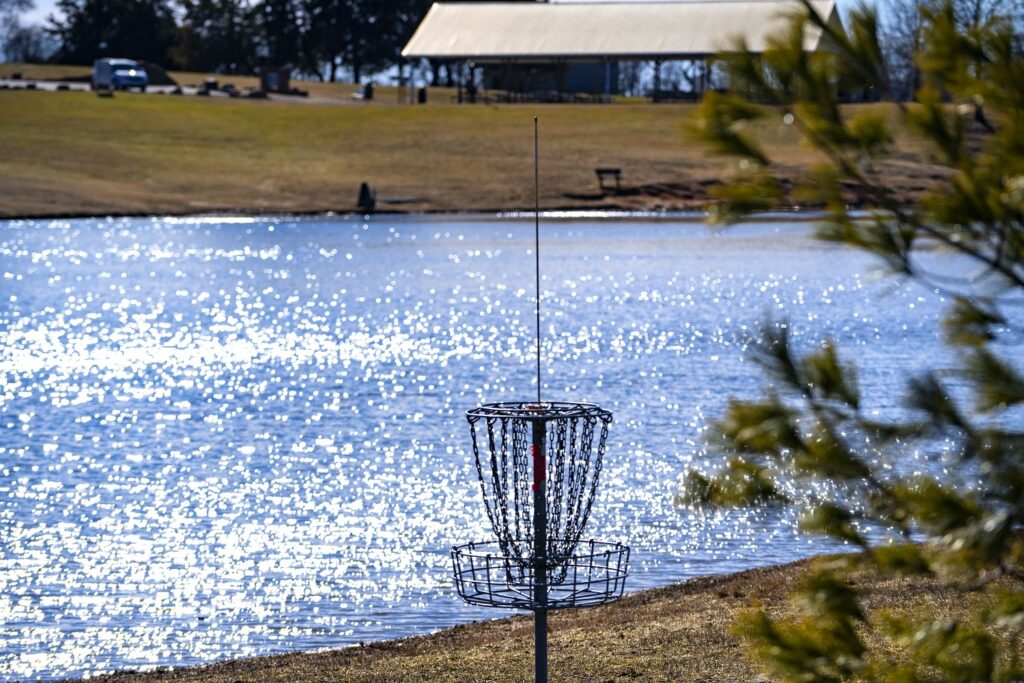 With more than half a dozen disc golf courses scattered throughout the Hyco Lake Region, it is becoming well-known on the disc golf circuit and area courses have held nationally sanctioned tournaments. Of course, Hyco Lake offers fishing, boating, canoeing, kayaking, and other water-related activities, but this is not the only venue for these. Mayo Lake, Farmer’s Lake, Chub Lake, (Loch Lily) the Dan River, Staunton River, Bannister Lake and river and many other smaller rivers and creeks make this area a water lover’s paradise.

So, what role did Hyco Lake play in all of this? The lake drew people, first as vacationers and fishermen and later as residents. More people realized that there were just as many things for them here as in the larger cities nearby. They discovered some things were missing, like traffic, traffic, and traffic. It was replaced by peepers, crickets, birds and muted conversations. As visitors turned into new residents, they began to see the entire area surrounding Hyco Lake. Then locals, like Dorothy returning from Oz, made the discovery of what was in their own backyard.

So, draw your own conclusions. Drat! I forgot to mention the lions, tigers and wolves; a famous chef who offers private dinners and cooking lessons in her home; live music, nightlife and…

As you can see, the Hyco Lake Region has too much to offer for one story. I guess you’ll have to pick up a copy of Hyco Lake Magazine each time a new issue comes out to see what else is going on. If you can’t wait, are a new reader, or are just discovering there is so much to offer here, check out the website, HycoLakeMagazine.com or the Facebook page, @HycoLakeMagazine. You can access many complete past editions there, as well as some neat search features.

We live, work, and play in a great region with four sides (Person County, NC | Halifax County, Va. | Caswell County, NC | Danville, Va.). A Quadrangle is better than a Triangle. Here, we are not bound by the notion of state lines or county lines or any other type of division.

We share a rich cultural and social heritage that has been woven together for many generations. Future generations will benefit from this new found sense of identity that goes beyond political boundaries and gets back to the heart of the matter.

I am happy to finally see many of us beginning to realize this. So,”Go Quad.” Maybe just stick with Hyco Lake Region. But definitely discover all there is to offer in this region surrounding the lake. I do believe Suzanne Chichester would be pleased.

Norwood Walker has spent many years in a classroom on one side of the desk or the other. Loving to write poetry and stories in high school, his English teacher of three years once told him he might become a writer if he overcame his radical period. She is still waiting. He can be reached at norwoodwalker@gmail or Rainbow’s End on Facebook.