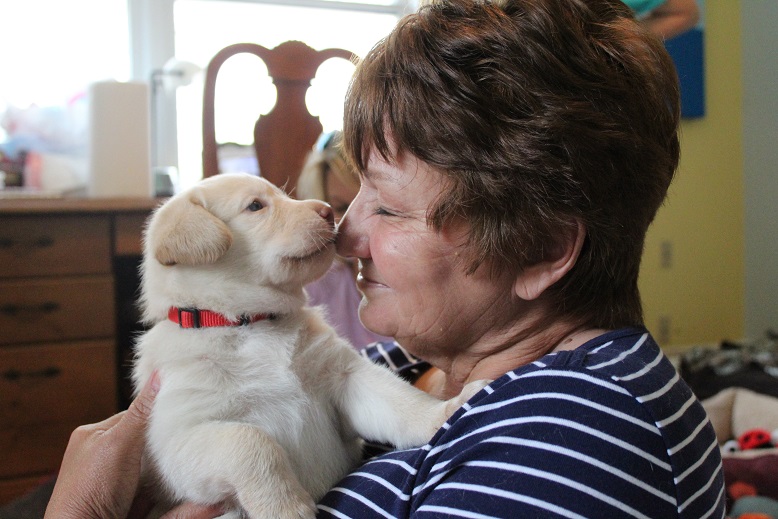 “We are all like-minded volunteers with the same goals — to save and help as many dogs and cats as we can.” That’s how Robyn Handy, a member of Animal Protection Society of Person County (APS) and the foster parent of “hundreds of dogs” over the years described the local organization that works to find homes for unwanted cats and dogs.

Handy and her fellow APS members take dogs and cats into their homes, care for them, socialize them, evaluate them, and, when the animals are ready, find loving homes for them. 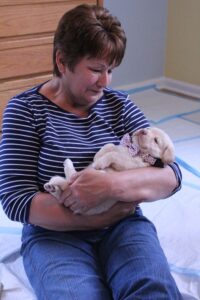 Millie Rieb is another APS volunteer and has fostered dogs for the past five years. “There are so many unwanted animals that need homes,” she said. “Most need the experience of living in a loving home before they are placed in their forever home, so that they will make a smooth transition,” Rieb explained. “Bottom line, fostering saves lives,” said Rieb. “Without fosters and people who are willing to adopt, rescue dogs and cats would be put down.”

Organizations like APS are vital partners to local county shelters. In 2015, Person County Animal Services took in 862 cats and 792 dogs. Of those unfortunate animals, 657 cats and 243 dogs were euthanized. In Caswell County that same year, the animal shelter took in 532 cats and 763 dogs, euthanizing 481 and 245 respectively, according to the N.C. Department of Agriculture’s Public Animal Shelter Report. If not for APS and other rescue groups, the euthanasia rates would be higher.

When asked how she became involved in animal rescue and fostering, Rieb said she didn’t “actively make a decision to foster. It just happened” when she offered, in October 2013, to take in a homeless chihuahua overnight. She said she took the tiny canine home, bathed it, and took it to an APS “meet and greet” event the next day. When the event was over, said Rieb, Tina the chihuahua went back home with her “and didn’t leave [her] house until she was adopted in December.” 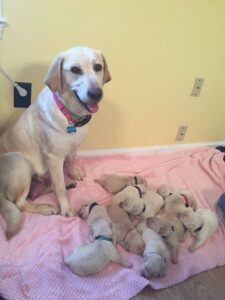 Handy said, when she was considering fostering in 2014, she had “the common, ’I will get too attached’ fear.” Since overcoming that fear, she and her husband Dave have fostered hundreds of dogs of various breeds. They currently foster Lily, a yellow lab who gave birth to 11 puppies in March. The Handys are now fostering the pups as well as their mom.

The couple has fostered dogs with neurological conditions and other health problems. “No matter their age, breed or health condition, we love and nurture them all,” she said. 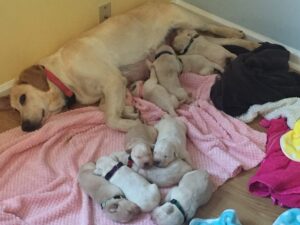 Handy recalled one special foster dog, a puppy named Angelica. “She was one of the cutest puppies you have ever seen. Angelica, we called her Gelly, was born with an issue that made her appear blind, and she could only wobble a couple steps when she arrived in our home at around five weeks old. We honestly weren’t sure if she would survive. She started walking a few more steps each day, following our dogs. I filmed her progress daily. First four steps, then eight, then 12, then a little run. It was remarkable to watch. Although she still remained a little wobbly and fell down, she got right back up. We took Gelly to an eye specialist at Triangle Veterinary Referral Hospital in Durham,” Handy said, “and soon found out she wasn’t blind at all. When my husband heard this he exclaimed, ‘She can see me! Gelly can see me!’ It was incredibly special.”

Handy said she and her husband learned Gelly’s issue was neurological; causing a 10-second processing delay. She continued, “A family who knew she had these issues — and didn’t know how long she would live — adopted Gelly. She grew into a beautiful pup that was wonderful with their five children, one of whom had a neurological issue similar to Gelly’s. They had a very special bond. Sadly, Gelly passed away before she turned one, but she inspired so many and was loved by everyone.” 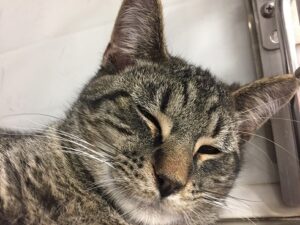 Rieb has tales of her foster dogs as well, and related a light-hearted one about a pup who loved toys — perhaps too much. “We have had many dogs who are ‘strange characters,’” Rieb said. “Marty was one of them. He probably had never had toys to play with. After my dogs had taught him how to play with the toys, Marty decided that all the toys should be his toys. He would take them to his crate and hide them in the back, under his blanket. My dogs would stand by his crate, waiting to play with the toys, but Marty would growl at them. My granddaughter found a solution. She would use my ‘extender’ gadget to reach into the back of Marty's crate and pick up the toys for my dogs to play with. As soon as Marty could get his teeth into the toys again, though, they would end up back in his crate, under the blanket.”

Rieb and Handy are two of the many who give their time and love to animals in the hope of finding them the perfect home. While both say fostering is rewarding, they also advocate for preventing the need for it. One of the best ways to prevent homeless, unwanted dogs and cats is to spay and neuter pets. The Handys and APS offer the Handy Fix-It Fund to assist owners who may not be able to afford the procedures.

Robyn Handy said her fellow APS volunteers “came up with the idea of spearheading a low-cost spay/neuter program” for Person County. “Dave and I had just finished a fundraiser, and donated around $2,000 to APS,” she said. “This was a good amount of money to start a program, and the idea to call it ‘Handy Fix-It Fund’ was born. It is a creative use of our last name,” said Handy, adding, “No other funding currently exists to help in this way, and it is much needed in our county. For those who qualify,” and need financial assistance, she said, APS offers help “so that they may get their dogs and/or cats ‘fixed.’” In its first year, 32 animals were spayed and neutered using funds from the program. 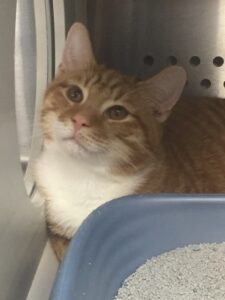 Those who need this assistance may apply online at apsofpc.org, or pick up an application at PetSense in Roxboro or at Person County Animal Services, located on Chub Lake Road. All funds for the service are raised and provided by APS and the Handys. No county or state funds are used.

APS relies on several local businesses for help in its mission. Member Beth Townsend explained, “APS was reorganized in 2014, and in the years since, our members have been able to develop strong partnerships. Roxboro Animal Hospital works with us on veterinary services, which is extremely helpful given the number of dogs and cats we have vetted each year. Triangle Veterinary Referral Hospital in Durham has also been supportive with more complex issues. In addition, when PetSense of Roxboro opened, we were able to work with the staff on special events, fundraisers, and hosting rescue kittens and cats. This has been tremendous for our organization because it places the cats in the public eye and helps greatly with re-homing them. I really can't say enough about any of these organizations — they've been an important part of our success.”

For those who would like to help APS of Person County and the animals it serves, there are many ways to help. When discussing needs, Handy said, “Obviously a big one is fundraising. We are all volunteers and helping us raise funds at events is not only fun but also a critical part of how we can continue to save animals. Another is transportation. For example, there might be a dog in a shelter in Greensboro that needs to come to Roxboro. Are you good at photography? A good photo can make all the difference in the listing for a dog on our website. Another is just spreading the word about dogs that are in need of homes. The more people who see our dogs and cats in foster care, the more chance their forever family will see them and adopt.” 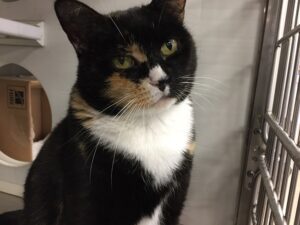 Handy added, “APS has meetings the second Tuesday of each month, where we collaborate and brainstorm ideas to help animals in need.”. APS membership is a donation of $15, and, according to Handy, “is a great way to get started.” The monthly meetings are held at Roxboro Presbyterian Church, located just off Madison Boulevard, between Biscuitville and Rite-Aid.

Donations are accepted online at http://www.apsofpc.org/donate.php, through the mail at PO Box 291, Roxboro, NC 27573, and at various events such as monthly Meet & Greets at PetSense on the first Saturday of each month, from 10 a.m. until 1 p.m. There is also an annual Yard Sale. This year, it will be held on August 3-4 at Roxboro Presbyterian Church, and at Personality in Uptown Roxboro.

More information about APS of Person County, and dogs and cats that are available for adoption, can be found at apsofpc.org or on the organization’s Facebook page, www.facebook.com/APSofPC/.