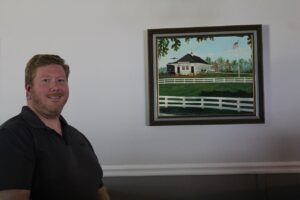 Bryan Day, who now owns and operates Clarksville Station Restaurant in Roxboro, essentially grew up in the historic establishment, working as a busboy, dishwasher and server while in high school and college. 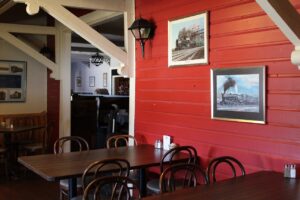 After college, Day moved away from his hometown for several years, until he needed to return to take care of his grandmother. For some time, Day commuted from Roxboro to Raleigh to work, but that quickly got old, he said. He decided to change jobs, and resigned from the position in Raleigh. Two days later, he drove by Clarksville Station, on US 501 south of Roxboro, and saw a “For Sale” sign out front. It felt like it was meant to be.

Day and his siblings purchased the iconic Person County restaurant, which had suffered a bit over the past decade, in appearance, appeal and offerings. The family spent several months cleaning, updating, and improving. The end product is the resurrection of what, for four decades, was a focal point in local dining. 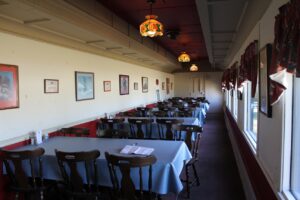 Thanks to Day’s attention to detail and desire to return the restaurant to its former glory, Clarksville Station once again offers diners delicious meals with names like “Brakeman’s Lantern, Engineer’s Choice, Beef on a Rail, Hobo Special, Old 97, and Railway Express.” Back is the famous salad bar and Skeeta Currier’s famously delicious cheesecakes. Day said he wanted to “continue the heritage” of the restaurant by once again providing high quality food and excellent service at affordable prices. 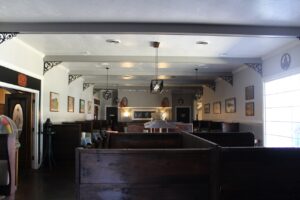 Back also is the atmosphere and ambiance of the former railroad depot and train cars that, coupled with the menu, for decades made Clarksville Station a unique experience. The railroad cars, according to legend and local lore, just might be haunted, and several ghost sightings have been reported at the restaurant over the years. One of the railroad cars now used as a dining room was a morgue car during the Civil War. The other was used as a hospital, according to legend.

Day said he fondly remembers the restaurant when it was “at its peak,” with people standing in line to get inside. After working throughout his teenage years at the restaurant, and graduating college, Day worked in retail and restaurant management, so when the opportunity presented itself, he felt more than qualified to give new life to the beloved hometown establishment. 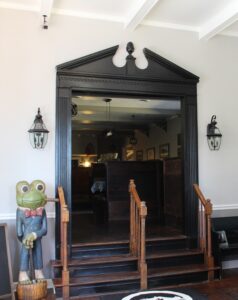 After he and his siblings bought and began restoring Clarksville Station, Day said he had been “humbled by the support of the community.” He added that he was looking forward to being a vital part of that community for years to come.

Visit soon for lunch or dinner (closed Mondays). Check the website or call for hours of operation. The menu is available online and take-out orders may be placed online as well.

Clarksville Station Restaurant is located at 4080 Durham Road, Roxboro, NC 27573. The telephone number is (336) 599-9153 and the web site is www.clarksvillestationroxboro.com.