As a kid growing up in downtown Hurdle Mills, one of my favorite places was the creek that ran behind our house. The Bushy Fork Creek ran into and became part of the South Flat River. To me, it was just a great place to go fishing with my mom and dad. When I got older, I played games like Fox and the Hounds with my friends. Before I discovered paths through the woods to the creek, we would drive the half mile down to the bridge and park behind the old mill.

The mill was another of my favorite places because of the smells of corn and grain being ground. There was a damp area where chaff and bits of corn would enrich the soil and give rise to the biggest fishing worms around. We used them as bait for the knotty-heads that liked to gather in pools caused by the big rocks. Those big rocks created a great swimming hole and were also the reason the mill was built where it still stands today.

As a child, I was always eager to get down to the water. Mom and Dad would stop and visit with Mr. Dixon, owner and operator of the mill, and I would impatiently play with the gang of cats that was around. The Dixons were the only owners of the mill I ever knew. Even now, though the mill doesn’t operate any more, it is still in the Dixon family, and sits in front of Hurdle Mills Feed and Farm Supply, owned and operated by Michael Dixon. The old mill remains a landmark and is enhanced by the candles that now burn in the windows, alongside other improvements Michael has made. 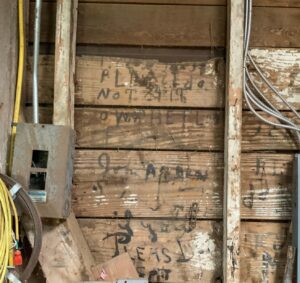 Local History at Its Best

William Preston Daniel moved to an area in the Central Piedmont 15 miles north of Hillsborough, near the source of the Neuse River where a road, referred to as the Lord Cornwallis Highway, connected Hillsborough with areas to the north and into Virginia. (Today, that road is known as Hwy. 157.) Daniel had always wanted to operate a wheat and corn mill and found an almost perfect place in what is now Hurdle Mills. Massive rock formations on the South Flat River — the site of my old fishing hole — made possible the creation of a rock and wood dam to create a large millpond, which could be used to turn the waterwheel to power the mill. The rocks, which were the start of the dam, and some wooden remnants now reveal the location of the old dam. The area was known as Daniel’s Mill. Soon after Daniel’s discovery, a general store and new houses were built in the area. 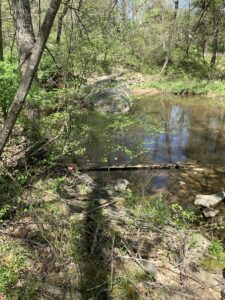 When William Daniel passed away, his son, Thomas Jefferson Daniel, inherited the mill. Thomas had been his father’s faithful assistant in the running of the mill, but he did not like the nature of the work. Two years after his father’s death in 1855, he sold the mill to the Hurdle family.

Hardy Hurdle owned the mill for two years and the name was changed to Hurdle’s Mill. (Years later, in 1892, the township was renamed Hurdle Mills.) In 1857, Hurdle sold the mill and the surrounding land to James W. James. James owned the mill for 12 years until his son-in-law became the owner in 1869. The mill remained in the Richmond family until 1917, when John Richmond, Daniel’s son, passed ownership of the mill and his dwelling to Mark Garrett. 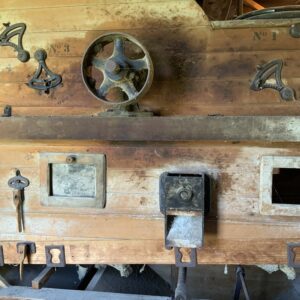 Garrett operated the mill until 1928, when he sold it to Jasper Dixon, Sr. The mill has been in the Dixon family since that time, except for a brief period of three months when a Mr. Carter owned it. He became disabled before moving to Hurdle Mills and sold the mill back to Mr. Dixon.

According to Mr. Dixon’s daughter, Dot Carver, Jasper Dixon retired as operator of the mill in 1960, and his son, Jasper Dixon, Jr., (who I always knew as Tink) began operating the mill. The wheat and corn mill department was closed at this time and the feed grinding was all that continued. In 1989, the old mill was closed and used for storage. A new, modern mill was built just beyond the old mill and provided feeds and supplies. 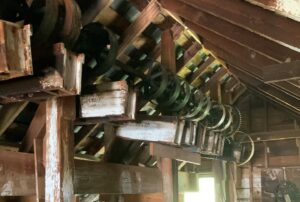 This structure would later expand to Hurdle Mills Feed and Farm Supply, operated today by Michael Dixon. Michael went to work with his dad in the 1990s and became sole operator in 1999 when his dad left. It is rumored that when Michael started using computers, Tink left and undertook a new profession as a funeral director.

The dam at the millpond burst sometime between 1921 and 1923. There had always been a strong undertow there, which may have contributed to the dam’s demise. With the water wheel no longer a useful source of power, manpower became the principal source until it was replaced by electricity several years later. The interior of the old mill today is in good shape, thanks to the Dixons’ care over the years, and some repurposing by Michael. Much of the old equipment is still there, along with some of the old millstones. 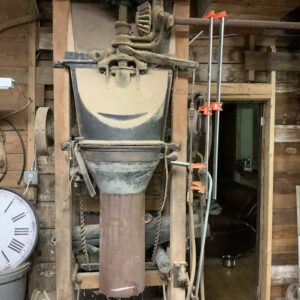 How it all Worked

I will not pretend to know or explain how the old mill worked. But, walking through the mill with its rough hewn, massive timbers, its large iron wheels suspended from the ceilings, and its 16 narrow wooden elevators, I assume there must have been belts attached that created the process of turning wheat into flour and corn into cornmeal. There are huge box-like structures called sifters that had to be powered by hand during the days of no water or electric power. Old stone mill wheels are found in the mill as is literal writing on the wall that dates back to the turn of the 20th century. These writings were sometimes warnings or notes of orders or just something that needed to be remembered when no paper was available. Many other pieces have been well preserved over the years. 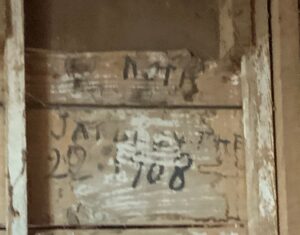 Walking through the mill, I could imagine the noise of the mill running full-steam. Maybe I was actually remembering that noise as it traveled the short distance to the house where I grew up. I could remember the cats, the smells, and I could almost hear the voices of all those previous owners who took great pride in what they did and all the men and women who had done business in that mill since its opening. I realized that, without that old mill, there would have been no Hurdle Mills, one of the sweetest places on earth. I would have grown up somewhere else. It is hard to imagine the difference that would have made in my life.

If you want to see a piece of the 19th century still standing, take a ride out the Lord Cornwallis Highway to Hurdle Mills. Maybe you should even wait until dark when the candles may be lighting the windows, adding to the 19th century feel. 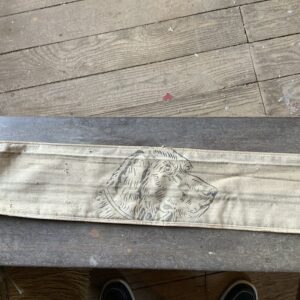 In researching and writing this story, I discovered that the mill is also part of my family history. Daniel Richmond was my great grandfather and Mark Garrett was married to my great aunt.