Saturday was the only day of the week Mom had time to fix a big breakfast. Frankie’s eyes weren’t even open as the slightest scent of bacon floated in the air nudging him out of his deep sleep. The smell of coffee filled his nose as he took a deep breath and stretched. First thing every morning, Dad started coffee for Mom. He imagined her voice trying to wake him for school, stop stretching! Frankie smiled recalling her explanation, you grow when you stretch! Then he bolted upright, smile washing from his face. Eyes wide open, he shot to his feet, today is the day and he wasn’t even ready! All week long he pestered his dad about going to the bank. He had to get that money. But now the time had come and he wasn’t even prepared!

Frankie was feeling a little envious as the entire Dwyer family piled into the car. Pretty Paulette had just wheeled her old bike out of the garage as Rita the Red Head walked up the street. As the family car started up the road, Frankie saw Scrawny Ronnie and the new kid coasting down the hill, riding no hands. Frankie waved and turned his head to watch as they rolled into Paulette’s driveway. No doubt they were preparing for another cycling adventure. But this would be the very last one without Frankie. He was on his way to get his brand new bicycle!

The bike shop is right in the middle of the village at the Four Corners. From their house it’s one right turn, a few miles down the main road, then just over the river.

“Dad, the bike shop’s the other way!” With both hands on the back of the driver seat, Frankie was stretched as far as the seatbelt would allow.

Mom let out a giggle and said, “We’re not going to the bike shop.” Then she glanced at Dad trying not to grin.

Totally confused, Frankie slammed back in his seat. So far this birthday wasn’t working out very well. Realizing that his parents weren’t going to give up any information, he folded his arms and turned to look out the window. No way was he going to let his little brother see the tears welling up in his eyes.

When they made the left turn to cross over the river and head into the village the back way, Frankie let a little smile creep onto his face. Feeling Mom’s gaze, he turned to see her smiling back. She faked a little pout at the sight of his tears, smiled again before placing a hand on Dad’s shoulder, then turned to look out the windshield. Frankie could just make out the smirk on her face. They were up to something!

Dad drove straight through the Four Corners with no hint of stopping at the bike shop. Once again Frankie was stretching the limits of the seatbelt. Instead, Dad turned into the ice cream shop parking lot. But still he didn’t stop.

Finally Dad put the car in park in front of the old shack of a bait shop. Once again Frankie threw himself back in his seat. “What the! What’s HE doing here?”

“FRANCIS, watch your mouth!” Dad turned all the way around to glare at him.

This is MY place, Frankie thought. The one place in the world I can go and not have to deal with that bully. What the hell is he doing here! Frankie slapped a hand over his mouth as if he had said that bad word out loud. But just then, Brad the Bully walked around the side of the old building.

Frankie was still seething as they walked inside. He didn’t even notice his friends’ bikes lined up along the front of the store. Mr. Geddes stood up behind the counter as all his friends jumped from between the aisles to yell, “SURPRISE!”

Frankie truly was surprised. Mom and Dad really got him good.

The old wooden screen door creaked open, then banged hard as it slammed shut. With the second bang of the door echoing through his head, he knew exactly what was right behind him. Mr. Geddes raised his gaze to look over Frankie. Somehow the room had just gone dark. The person standing behind him filled the doorway, blocking the light from outside. Mr. Geddes nodded.

“Happy,” the all too familiar voice hesitated. Frankie was certain he heard a hard swallow, “Birthday.”

Frankie’s mouth dropped open in disbelief. Mr. Geddes lifted a hand making an imaginary handshake motion. As Frankie turned slowly, Brad outstretched his hand expecting him to do the same.

He finished gawking at the kid who had bullied him for so many years, then with a little shove from Mom, reached out to shake his hand.

As Brad, Rita’s brother, turned to walk out the door, Frankie thought maybe this isn’t such a bad birthday after all!

Frankie’s mouth was still hanging open as Mom took his shoulders to turn him back around. Now his eyes were bulging as well. Dad was standing in front of the counter with Mr. Geddes stretching to look over his shoulder. All of Frankie’s friends had turned to see as well.

Mom leaned down, nearly whispering in his ear, “Happy birthday, Frankie.” She touched the underside of his chin. “Close your mouth, dear.”

He turned to look at her, then the bike, up at his dad, then back at her. “But, it’s the wrong bike.”

He stepped forward with his friends circling around. Dad ruffled his son’s hair, wished him a happy birthday, then walked around to be with his wife.

After a quick moment for inspection, he turned to his parents. Before he could ask the question again, Dad mouthed, “It’s the right one.”

Scrawny Ronnie poked an elbow into the new kid’s ribs, “Check it out, this is even cooler than yours!”

Frankie couldn’t believe what he was seeing, no, holding, in his hands. This had to be a dream. First Brad and he shook hands and now he had that very same hand wrapped around the handle grip of the very coolest bike the shop had ever sold. He had never once let himself think of owning this bike. Not a chance. It cost double the one that he had been saving for.

SAVING FOR! He thought. Working his butt off was more like it.  And now he was going to have to work even harder. That big fat huge monster grin started washing from his face.

“Happy birthday, young man,” Mr. Geddes had walked from behind the counter to shake Frankie’s hand.

Without words, Frankie showed his appreciation by pumping the old man’s hand a little harder.

Ronnie shoved a very poorly wrapped present at Frankie, then proceeded to announce, “It’s a lock. One of those new ones made of titanium or something so no one can steal it.”

Scrawny poked him in the ribs harder this time, “The bike, dummy, so they can’t steal the bike!”

Frankie’s little brother handed him a neatly wrapped gift. Surely Mom had helped. As he opened it, the youngest Dwyer excitedly explained that he was supposed to hang the license plate from the back of the seat. “I wanted to get the one that said Francis, but Mom made me get Frankie instead.”

Frankie didn’t have to look to the side; he could feel Paulette moving closer. After thanking his younger brother, he turned to her. She held out an exquisitely wrapped package with an impeccably hand tied ribbon. Too perfect to disturb, he held it in his hands until she insisted on helping him rip it open.

“Your Mom helped me pick the material, the perfect shade of green, your favorite color. It just had to match your new bike.”

Again his mouth was hanging open. She had sewn a bag for his new bike. Custom made to fit perfectly on the handlebars. The handlebars of the bike he promised to pay half of. But now he only had half of that half. Again his smile started to fade.

“FRANCIS!” Dad’s voice boomed over the small crowd. “We have another gift for you.” He motioned with a finger for his oldest son to come.

“As Frankie broke from his friends and stepped up to his mother and father he said, “How am I going to…”

“Francis,” Mom squeezed Dad’s hand hard, then he continued. “I mean Frankie, your grandparents chipped in and so did Mr. Geddes.” They watched as once again his eyes grew wide. “But that doesn’t mean that you can spend all that money you saved.”

Mom took it from there, “You have to save that money for college.”

The smile that had quickly popped back on his face slipped a little, “So that’s my other gift, money I can’t use?”

“FRANCIS!” It was Mom’s turn to raise her voice.

It only took him a second or two to work up the courage, lean in close, then ask softly with a hand up to his mouth, “Can I use a little of my money to buy something pretty for Paulette?” 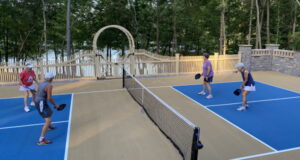 Pickleball is Alive and Well in the Hyco Lake Region 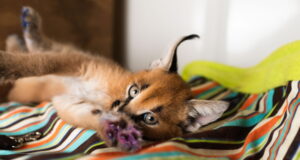 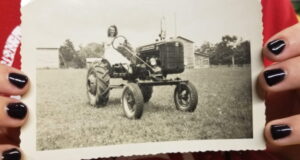 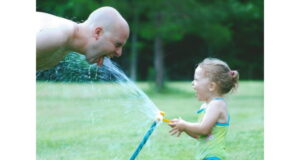 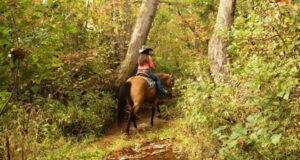 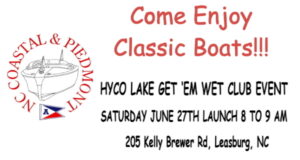